I found out about Vedran’s death one Sunday while I was preparing lunch for my family. It could have been a Sunday just like any other had I not received a text message from our mutual friend. She asked me whether I knew if Vedran had passed away as she had seen posts from his Irish friends on his Facebook page.  We were in disbelief for a while, thinking it was one of Vedran’s jokes and who knows where he had headed again and that he would certainly get back to us after a while.  Reading the article on the internet about the car accident in Dublin where he had passed away a few days earlier, I realised that it was a fact that I had to come to terms with.

Vedran was, among at least a dozen other things that he was gifted with, a traveller and philanthropist who adored getting to know new cities and new people.  We often talked about how travelling to unknown places scared me, while he enjoyed them, even though it meant never knowing whether he would be spending the night under the stars with his companion, his dog Evelyn.  That small, playful and wont to roaming creature, just like Vedran, captured my heart the first time I met them in February, 2013.

Danijel, the coordinator of a lounge for homeless people in Zagreb, told Vedran about the collaboration between the NGO RCCG Home of Hope and Zagreb City Libraries on a project for the homeless called A Book for a Roof, whose coordinator I am.  Vedran was at that time finishing what some would call his trip of a lifetime.  During his trip, he met and connected various organisations that work with the homeless and sensitized the people that he met along the way to the problems that the homeless have.  With 5 Euros in his pocket he travelled across 11 European countries and visited 30 cities.  We got the opportunity to hear about how the homeless live in these countries and how various organisations take care of them at the presentation he gave at Zagreb City Library for Book Night in 2013.  Vedran headed out on his journey as a volunteer of the aforementioned NGO, wanting to collect experiences first hand and convey them to the NGO who had just started working with the homeless.  You can read about his travels on the blog that he wrote:muppetofaman.wordpress.com.

Vedran gladly worked as a volunteer wherever and whenever he could: from live-streaming cooking several days in a row during a campaign where one could donate money for children with life threatening diseases, to creating the first web pages for the NGO RCCG House of Hope. He also wrote for the portal Matrix World.  One of his articles, with a foreboding title, was called Quantum Physics Verifies “Life” After Death.  One can clearly see in all these things that my friend was versatile and talented, but his greatest talent was his personality – he was an infinitley warm and open person who found his way into many hearts on his travels throughout Europe.  He reminded us of something that we often forget: being beautiful means being just the way you are.  And Vedran was just that, despite his life path being incomprehensible to others.

Many will ask whether Vedran worked.  Yes, he did everything: from working at construction sites to bartending to farming.  He worked in Croatia, France, Germany and Ireland.  During the last year, lots of things went wrong for him.  His belongings and passport were stolen in Ireland.  It is difficult to have any rights and find a job without a passport.  They would not let him in a shelter in Limerick with Evelyn who was his joy and support.  He rather slept near the river in the bushes rather than be separated from her.  They even burnt the tent he slept in.  Because of all these challenges and the fight for his everyday existence, he had psychological difficulties.  I haven’t been able to take the photograph from the newspaper article out of my head, where he looked so tired and worn out, so I often look at a photo of Vedran that I took after one of our get togethers. 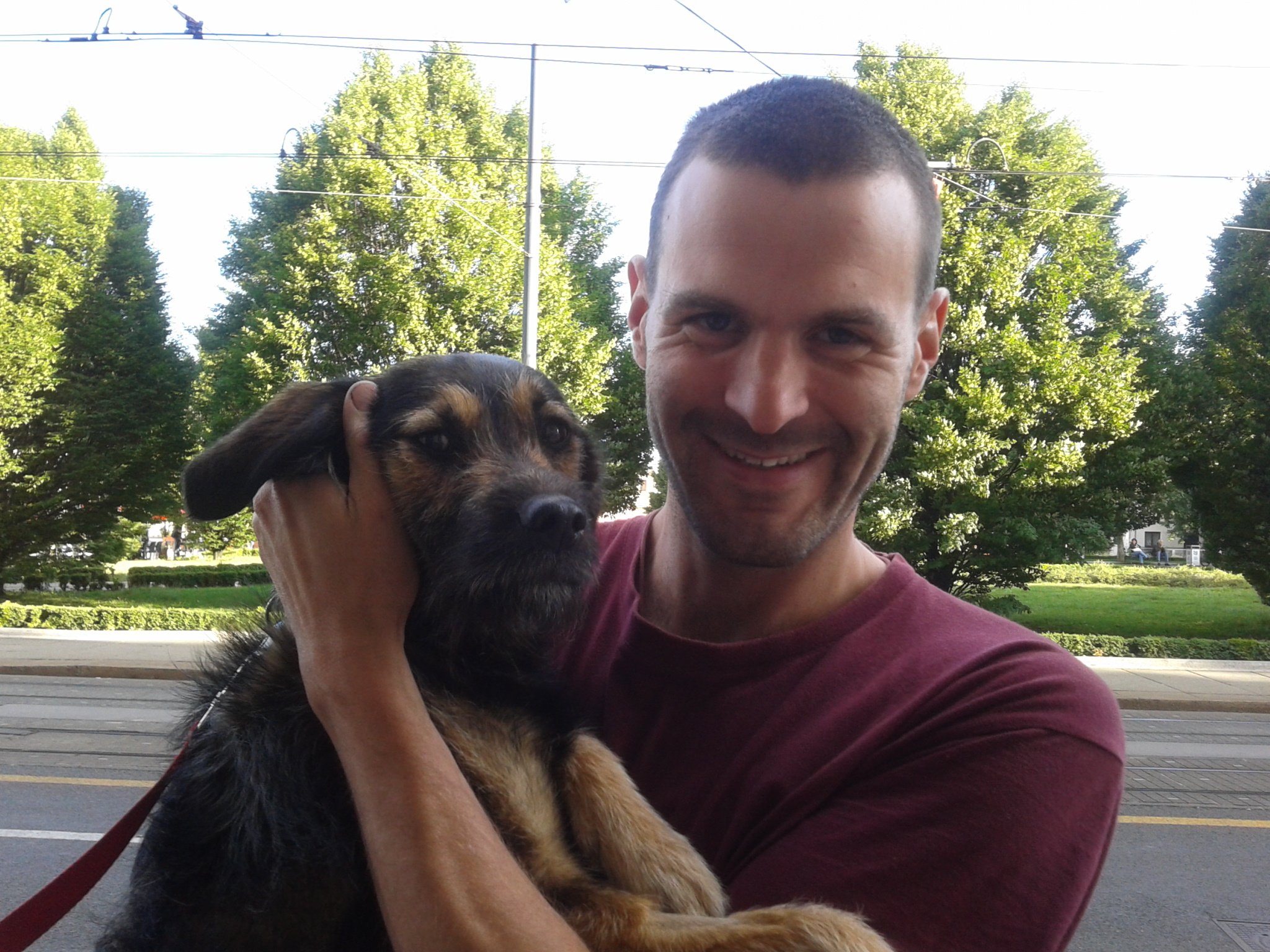 Vedran was known for participating in 5 different crowdfunding campaigns, and even supported around 20 of them with the little money that he had. A large number of his friends, as well as strangers who were touched by his story, collected several times more money than needed in a record time for his cremation and the return of his urn to his family in Croatia.

For a long time, I didn’t know how to write this article in memory of my friend, would I seem bitter and point out everything that was wrong with the society we live in or not? Bitterness was something that I never felt in Him and that’s why I will finish this article with the words of the world traveller Joanne Riquett.  I came across them today and they inspired me to write this article about my dear friend Vedran Kohut who had the courage to live his dream.

“Traveling is important as it is difficult to evolve in an environment that never changes.  If you want to become a better person, you have to lose yourself in a new environment.  That’s how you find a different you.”

3 thoughts on “In memory of our dear friend Vedran Kohut”